We’re headed up to Connecticut later this week to see the fall colors! And of course, to do a great job on a customer’s long-distance move. But we’ll be happy to come back to Houston-especially if we can handle your small move on the way back.

Offering small out of state moves to select locations.

We’ll be headed back to Texas by the weekend, and we can pick up or deliver anywhere between Connecticut and New York back to Houston. Just call us today at (713) 266-8348 or request a moving estimate.

Don’t forget to forward this email to anyone you know who needs a little help with their local, long-distance or small move.

As always, we appreciate your business. 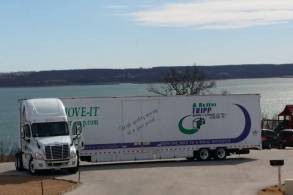