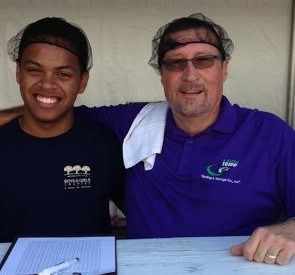 Melissa Simon is the director of development at Boys and Girls Country in Hockley, Texas. Dedicated to changing the lives of children from families in crisis by nurturing them in a Christian environment, the nonprofit organization has been in operation since 1971. “On the day I started work, the first person I met was David Tripp, the owner of A Better Tripp,” says Simon. “I found out pretty quickly how important our boys and girls were to him. He thinks about us a lot.”

Because BGC does not rely on federal or state grants for ongoing support, it looks to caring individuals, businesses, civic groups, and churches to survive. “I learned that David is he is pretty involved with Cottage 6, a boys’ cottage,” Simon says. “He comes to conduct a weekly Bible study, and he sponsors the boys so they can go to camp in the summer. He has really has a major emotional investment in those boys.”

Tripp says he considers his involvement with BGC a major part of his life. “It started around Christmas of 2012 when some friends were at our house for Christmas Eve. They told me all about what a wonderful organization it is, and I thought it sounded great. Since then, my employees and my whole family have gotten involved.”

It’s been a perfect fit for Tripp, his family, and his employees, who have all since gotten involved as well. “It’s all about helping families in crisis,” he says. “I work with a cottage where 13-16 year-old boys live, and since I’ve gotten to know these kids and their ‘teaching parents’ who live with them, it feels like I can make a difference in their lives.” Tripp says 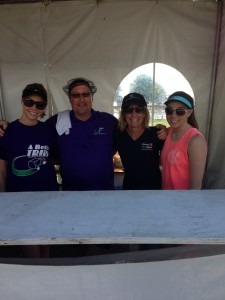 his wife Terri and their daughter Nicole have sponsored the girls in Cottage 3 because they also want to become mentors to those girls. “It’s become a family effort,” he says.

As the sponsor of Cottage 6, Tripp goes weekly to conduct Bible studies, watch movies, and take the boys to dinner. “It’s not just a check I write every once in a while. “For I’m there at least once every week, and for me, the important thing is to provide these boys with a consistent male mentor who stays close and fills in the void they have in their lives,” he says.

It’s handy owning a moving company when your main philanthropy is BGC. It’s A Better Tripp’s priority to collect furniture donations from clients and sell it in BGC’s Garage Sale. “My employees always ask our clients if they’d like to donate furniture to BGC and we pick it up and bring it over,” says Tripp. “Also, for the big annual Spring Festival, we save some of the nicer pieces to sell, and it’s a great fundraiser for BGC.”

The staff at Boys and Girls Country agrees that the boys in Cottage 6 have been very fortunate to be sponsored by A Better Tripp and the Tripp family. “All the time the Tripps spend with the kids has been so meaningful for them,” says Simon. “Their support here has changed the kids’ lives, but we think it’s done the same for them as well.” 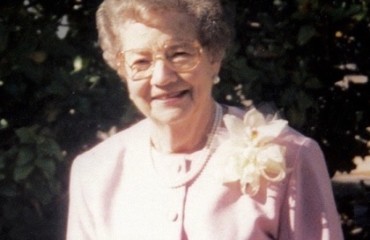