For one Houston-area moving company, the New Year means a new focus on being environmentally friendly.  Upscale moving company A Better Tripp is kicking off 2013 with the purchase of two new trucks equipped with lower-emissions engines.

For David Tripp, 2013 is shaping up to be a very green year.  Tripp – the owner of Houston-based moving and storage company A Better Tripp (ABT) – announced this week that his company has just purchased two brand-new, eco-friendly moving trucks.

The trucks, which arrived at ABT’s Houston-area headquarters this month, are equipped with new Cummins engines that meet the standards for clean exhaust and clean idling outlined by the Environmental Protection Agency (EPA).

Tripp says the new engines will reduce nitric oxide and nitrogen dioxide emissions by 90 percent.  The new engines will also reduce particulate matter (or “PM”) – the tiny particles of matter that are released into the air as a result of combustion – by 45 percent.

“We’re really excited about our new trucks,” says Tripp.  “People don’t always think of moving companies as being particularly “green” – but there are lots of ways that companies like ours can help reduce waste and protect the environment.  These new engines mean that we’ll be able to provide the same great service while leaving a significantly smaller carbon footprint.  We already have a few 28-foot trucks with emissions-friendly engines, so these clean-idle certified trucks are our way of taking our environmental protection attempts to the next level.”

The new trucks mark the close of a busy holiday season for the company, which participated in the “Operation Christmas Child” toy drive during November and December 2012.  Each year, ABT partners with Houston-area churches to collect boxes of toys for children in need.  For the past nine years, ABT has donated one of its moving trucks to serve as a collection point for donations.

“We try to give back as much as we can – and in as many ways as we can,” Tripp says.  “Whether that’s helping out our local community during the holidays or working toward a cleaner environment all year long.  These new trucks are just one more way that we can help out.”

About A Better Tripp

A Better Tripp has been dedicated to offering white-glove service to all of their customers for almost 20 years.  They are recipients of six Winner of Distinction awards from the Better Business Bureau and four Super Service Awards from Angie’s List for their record of impeccable service.  A Better Tripp specializes in local and nationwide moves, packing, unpacking, and transportation services.

For more information about A Better Tripp, visit www.abettertripp.com or call David Tripp toll-free at (877) 266-8348. 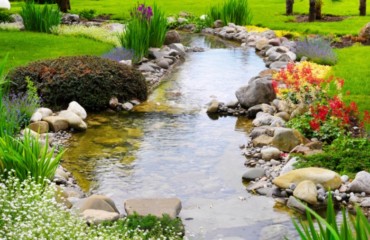